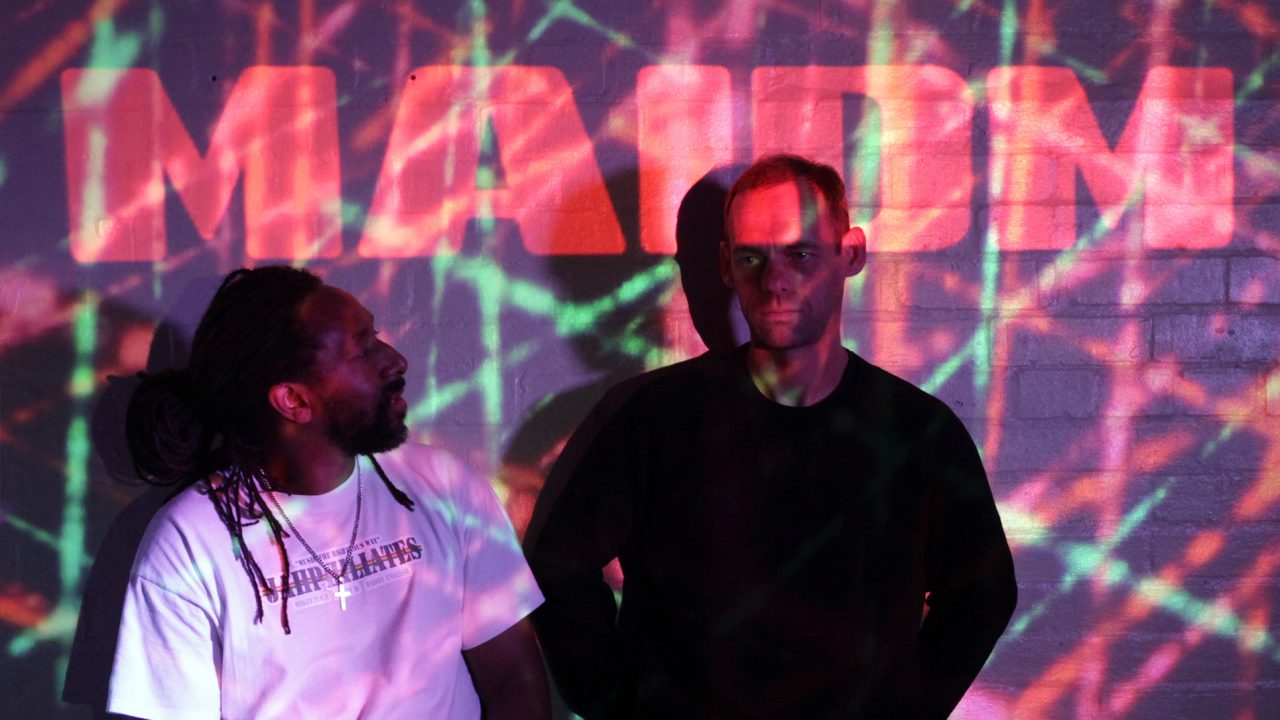 “I first met Mikey back in 2009 when he came up to my studio in Barrow to record vocals for Crowhead’s album” explains producer Aim. “We hit it off. We were on the same page as far as hip-hop goes, I loved his Krispy 3 stuff so naturally we talked about making some tracks together. As we got into it, the whole thing took on a life of it’s own and it became obvious to us that the collaboration needed it’s own name and identity.”

October 20th sees the highly anticipated debut single drop from two of the UK’s most revered hip-hop pioneers. Check it out below and be sure to pick up a copy of MAIDM – ‘Tun Up Di Heat (Party Banger)’ b/w ‘B-Boy Shit’ on 10″ Limited Edition 140g ‘Grape Juice’ vinyl. Freshly squeezed!™