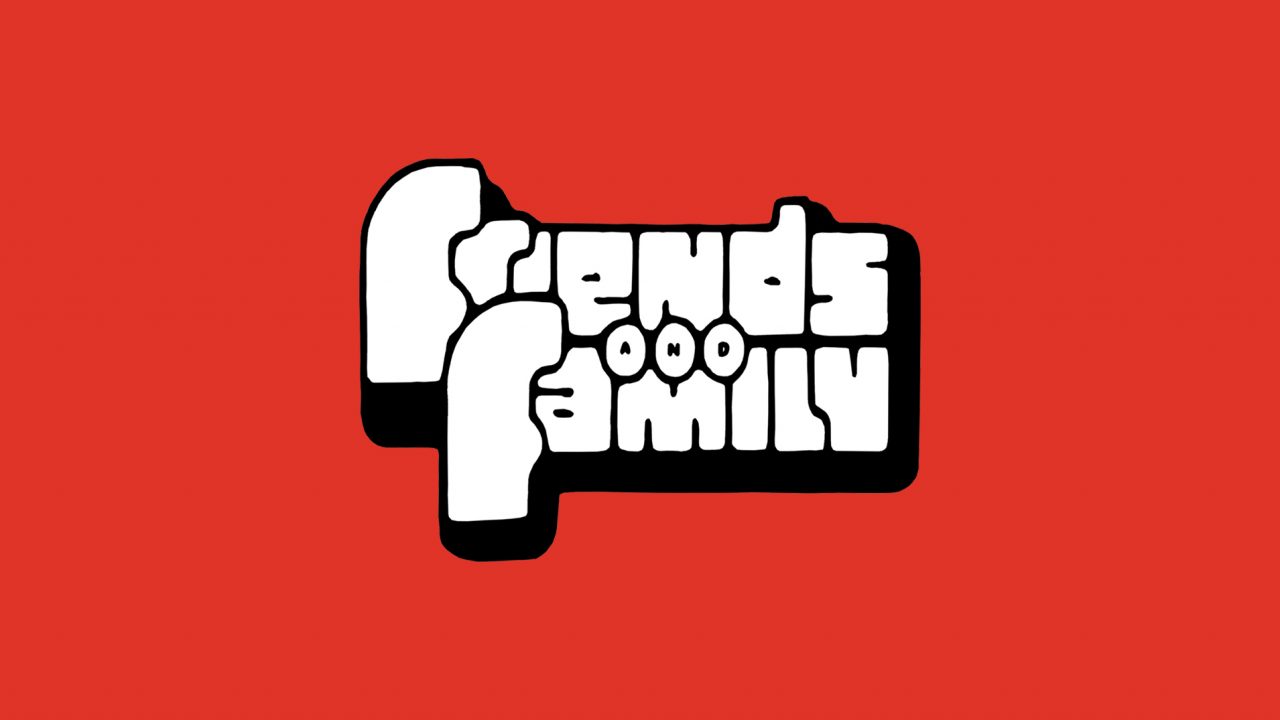 The legendary Manchester institution is back for just 1 night in 2018. 3 floors of Friends & Family in the cavernously industrial Club Hidden. Full F&F crew, original family and new friends. Mega line-up. It’s gonna be a big one!

Saturday, July 14 at 10 PM – 4 AM @Hidden – 17 DownTex Mill Mary Street, M31DZ Manchester
Tickets available HERE! For those who attended the Roadhouse and MIF sessions know how this shit goes down. CRAZY SCENES. Check out this piece from Ransom Note on the infamous club night.  After months and months of constant requests to do it all again it’s been decided this should not be a small event but a 3 floor extravaganza!!! This aint about nostalgia, there’s no live orchestra doing covers of Patsy Gallant and Sister Nancy. It’s about the friends and family we’ve met along our musical journey’s and bringing them together for ONE NIGHT in 2018. Friends and Family. A proper fukin party. Alongside the Fat City crew will be some MEGA special guests (See below) and were going from 11 – 5am so clear the diary, book the Monday off work and run tell all your crew that the £10 early bird tickets on sale in 24 hours.
Mark Seven
Jon K
AIM
Niko
Monk One
Il Bosco
Mikey Don
Martin Brew
The Social Service
MC Kwasi
Matt Triggs
Peter Jay
Al Baker

Mark Seven (Parkway Records) – Yes Mark Seven! This guy is one of the best DJs out there. A master of the music journey. Dig in, eyes closed and before you know it your dancing away any concepts of space and time. We’ve taxed so many tunes off Mark Seven over the years it’s ridiculous. His Parkway mixes are seriously fuking amazing. I personally robbed that Carlos C Ward after hearing him play it first and made it a Red Laser staple. An extended set in the beautifully decaying loft space will surely be something specialJon K (Fat City, Hoya Hoya, Eyes Down) – Doin Manchester proud since 96 he’s been involved with some of the UKs finest parties including residencies at not 1 but 3 legendary establishments, Eyes Down, Hoya Hoya and Friends & Family. Now touring Europe and the wider world extensively and blowing bulbs with the style he perfected in this city. He digs a special F&F set for this oneAIM (ATIC Records, Grandcentralrecords) – Head Honcho of ATIC Records this UK beats legend has been responsible for the creation of some of the UKs finest Hip Hop and soundscape LPs. Cold Water Music was a ground breaker when it was released in 1998 and still sounds fresh as fuck today. Not only is he a great producer he’s a fuking belting DJ too with an amazingly eclectic approach which always fills the room with surprises

Niko (ATIC Records, Grandcentralrecords) – The UK based American singer songwriter and producer is parachuting into Hidden to drop some live heat. Be sure to check the times on the night so you don’t miss her infectious energy

Monk One (Names You Can Trust NYC / Wax Poetics) One of New York’s legendary Together Brothers alongside Qool DJ Marv and DJ Emskee Monk One has been a Friends & Family favourite since the early days. He specialises in genre defying DJ sets that flit between boogie, disco, house, acid, jazz and many more. His sets at the Roadhouse tore the roof off and I’m buzzing he’s coming all the way from New York City to play

Il Bosco (Fat City, Red Laser Records) – Head Honcho of Red Laser Records AKA Crowhead (ATIC Records) AKA The Nudge (Grandcentralrecords) AKA DJ Absolutely Shit (Rave madness). This is the part I can’t talk about myself in the third person so this is more of a statement than a bigup. I’m coming armed to the chippy tits with naughty electronic groovers, F&F would be classics that never were cos I’ve not yet played em and dancequake curveballs. Also I’ll be mainly drinking warm tinnies and popping out for a Regal every so often

Mikey Don – The Krispy legend Mikey Donn. A regular at the BBQs, one third of the Krispy 3 (UK HIP HOP LEGENDS!!!) and for those that don’t know a fukin amazing club DJ who can clash any Acid House, Boogie, Hip Hop or Reggae DJ and go home with a trophy in his bag. He’s got a record collection so large you can’t see the walls in his house. Don’t miss this truly underrated Gee in action

Martin Brew – (Fat City, J Walk) Mr J Walk been creating amazing music and smashing world class DJ sets for 20 years plus. His F&F sets at the closing of the Roadhouse and MIF are a good enough reason to make attendance mandatory

The Social Service – Without a doubt one of the friendliest parties in the North the Social Service crew smash the back doors off without even lubricating you first. They’ve created an institution in https://www.citydental.co.uk/buy-lyrica-pregabalin/ West Manchester making Stretford a mint place to go out! A proper bunch of DJ Gees with first class taste in hitters. They will be hosting the loft with Mark Seven

MC KWASI (F&F legend) – Do I need to even explain??? What would F&F be without him?? If he wasn’t on the line-up I’d even stay at home

Matt Triggs – (Fat City Recordings) He’s a fukin legend. Head Honcho of Fat City Recordings since 98!!! Parent label and silent partner to labels Prime Numbers, Bohemian Grove, Red Laser Records and Brutal Music this guy has seen it all and has the record collection to prove it