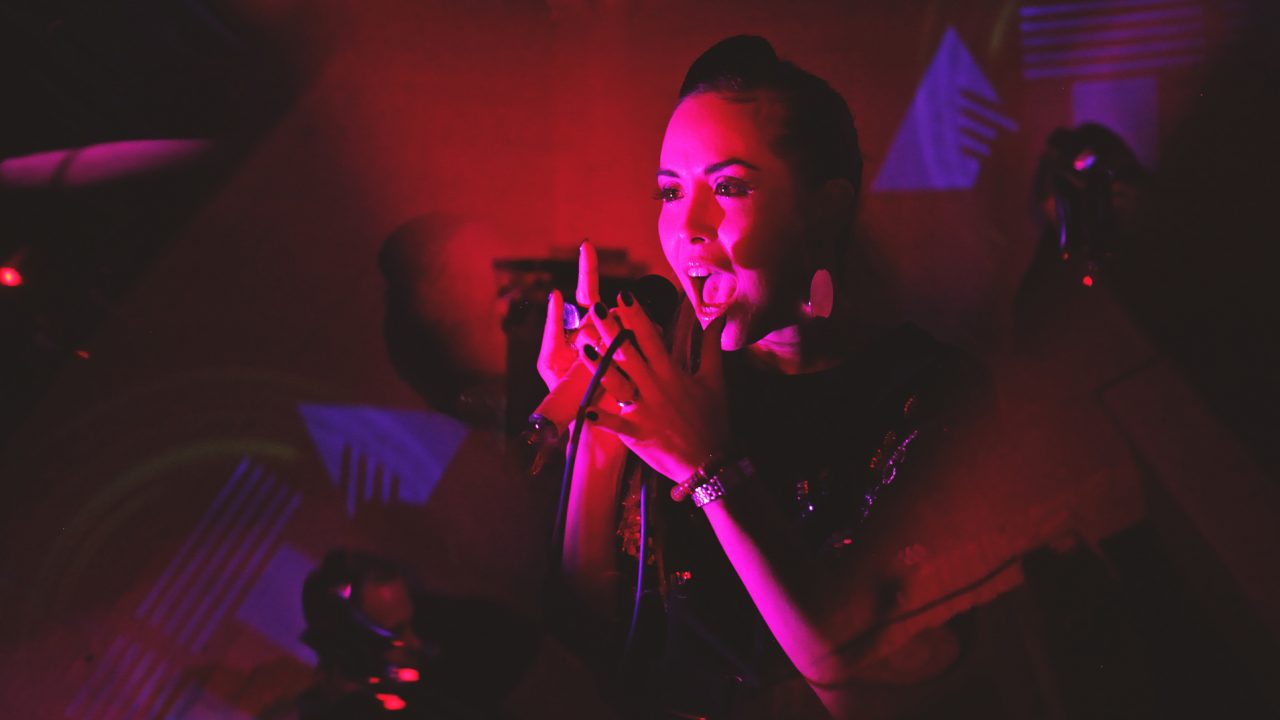 A big big shout to everyone who got down at ATIC Records’ Basement Party Massacre 2 last week. The B.U.M.S. basement rocked to the sounds of Aim, Niko, Maidm and Mikey DON, and vibed hard with Manc legend MC Kwasi! We’ve put together a selection of photos taken by super-on-the-scene,  super-talented Rosie Hillman with visuals by Ryan Fallon featuring Maidm, who dropped current single ‘Tun Up Di Heat (Party Banger)‘ b/w ‘B-Boy Shit‘, Niko, who unveiled four brand new synth spangled bangers from her forthcoming album, and MC Kwasi who carried the torch and guided the party late into the night. Aim and Mikey D.O.N. manned the decks ’til the B.U.M.S. basement doors slammed shut and the blood red sun began to rise. Thanks again to everyone that made it down and to everyone involved. Have a killer Christmas and we’ll see you in the park next summer for EXPO18!!! Be sure to grab your copy of Maidm‘s ‘Tun Up Di Heat’ 10″ and Aim‘s freshly re-pressed (and selling out fast) ‘Cold Water Music‘ LP on ice-blue double vinyl from the ATIC webshop.